Home Article If you want to see the true measure of a man By...

“If you want to see the true measure of a man, watch how he treats his employees, not his equals.” J.K. Rowling

When I read this quote, I knew they were preaching to the choir. I always found it amazing from my days in corporate HR that people memories were so much better as they transgressed up the organizational chart.  They knew all the big shots, they laughed at their anemic jokes and every utterance was seen as true genius.  However, that same statement from an underling would be treated with a side eye.

Leaders should start at the bottom

Take a close look at the org chart in your organization and let your eyes fix on the lowest level. How many of these people do you actually know and what do you know about them?

Then, move up the chain and see how many people you “really know.”  If you are like a lot of executives, the higher you go up the “better” your memory is.

Let me let you in on a small secret: Engagement level starts at the bottom of the organization, and it is an inverted pyramid that makes this puzzle work. It no longer works from peers down, because it is now bottoms up.

I wrote an article a while back concerning this topic which told the story of a CEO while in college was asked on his final exam to name the cleaning lady in the building that the classes were held.  He could not name her as well as his other peers.  He failed the exam and learned a most powerful lesson about the most important people in the organization.  Her name was Dottie.

Great leaders set great examples: In my younger days as a manager, I had the gift of an opportunity to work with a CEO who understood the bottoms up approach. That was a powerful lesson for me as she showed and set the example in the workplace that everyone has value.  Look for her in her office and she was probably not there.  Wander the hallways and you were subject to finding her in a number of places, but none of those addresses were powerful locations.  You would most likely find her in the mail room, sitting next to a junior designer, arguing with the sports fanatics over a recent game.  None of these spots were “power spots”.  However, they were “people spots” as in ordinary people.  It almost seems that she relished talking and collaborating with the “small people”

To get it right, focus on the employees.  When senior teams exhibit this approach, it sends a powerful signal throughout their team and the organization that everyone has value.  Your employees do not turn to the written statements on your intranet for clues on how to behave, they look around to see how others are being treat and for the most part will model that.  Managers acting out and employees act out, Leaders disengaged and employees mirror the same.  Words have no value unless you live, eat, breath and sleep them.

Would you hold the door open? I was in an elevator, years back with someone I did not know.  But I noticed a person walking towards the door.  Out of the corner of my eye I notice the other occupant reach over and push the close door button.  When I looked at him, he sheepishly said, that was our CEO and nobody likes him, he is known for calling everyone by name, just not their given name.  ”If you are not in his click, he could really care less. Hope you don’t mind if I did that” he said.

No, I don’t because I just learned a powerful lesson in case I become CEO one day. 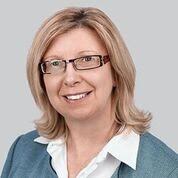 Employee Development: It’s all about Them, Not You by Julie...

Email:julie@chrysos.org.uk One of the key responsibilities of those in a leadership position is to encourage and facilitate the learning of those they lead.  No matter...

If you want to see the true measure of a man...

Employee Development: It’s all about Them, Not You by Julie...

If you want to see the true measure of a man...